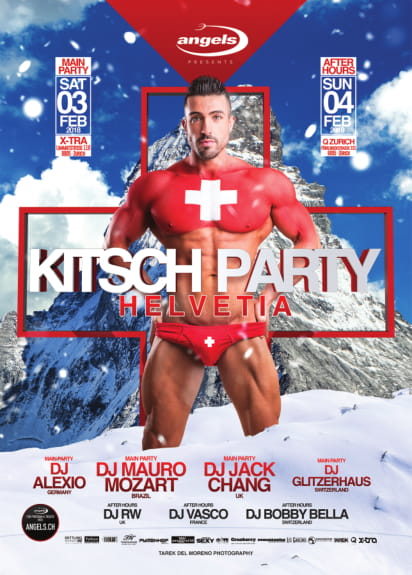 The name Helvetia derives its origin from the very courageous Celtic tribe who lived in the territory of the actual Switzerland 2000 years ago, which the great Roman emperor Caesar succeeded to defeat only after a long time and with a big loss of soldiers. In the 19th century the Swiss used Helvetia as the Latin name for modern Switzerland recalling their great history and appealing to the common origin of the Swiss nation divided in for different Language areas. So let’s celebrate this fantastic multiethnic, polyglot country, glittering of chocolate, cheese and fairy-tail mountains, and full of clever, different and openminded people. Come to our not less glittering Kitsch Party with many surprises, international top DJs, LED Screens, handsome Gogos….

Benefit from lower ticket price at various pre-sale locations or online and avoid the line at the door.